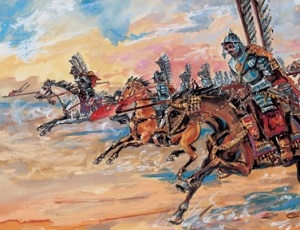 The year 2016 marks the 100th anniversary of the death of Henryk Sienkiewicz. This exhibition, organised by the Jagiellonian Library, presents all the volumes of this series, including the illustrations and drawings. The exhibition is a symbolic introduction to the celebration of the jubilee year in Cracow.

Since 1996 The Henryk Sienkiewicz National Society in Lublin, together with publishing house of the Missionary Priests Theological Institute in Kraków, has published a bibliophilic series of the works of our Nobel Prize winner.

This bibliophilic edition has an educational nature. Each issue has an introduction, note publishing, dictionaries, footnotes, sometimes maps.  The colour illustrations depict the contents of the volume, and the drawings illustrate the times in which a given action takes place, including clothes, arms, coats of arms, ways of being, feasting, hunting, fights etc. This bibliophilic series is gaining recognition both at home and abroad. 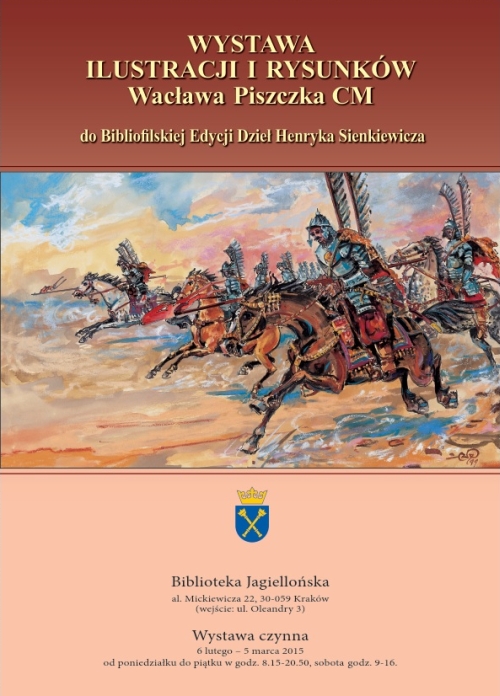