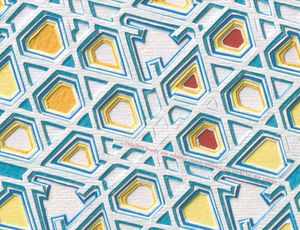 JU Faculty of Physics, Astronomy and Applied Computer Science and the Jagiellonian Library invite you to attend the opening of an exhibition of works by Archie Granot, an Israeli paper cut artist, which will be held in the Exhibition Room at the Library until 16 July.

A self-taught artist, Archie Granot made his first paper cut in 1979 and has been creating paper art ever since. His unique works, inspired by Jewish and Biblical texts, show that the revival of this traditional art form need not be a repetition of motifs and style.