Literary Salon of Jagiellonka - “Between tradition and modernity. Ireland at the turn of the XX and XXI century” 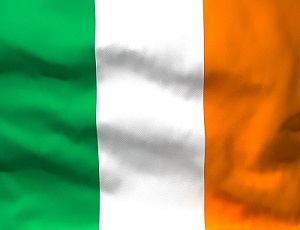 The Jagiellonian Library and Jagiellonian University invite to a meeting entitled "Between tradition and modernity. Ireland at the turn of the XX and XXI century", combined with a discussion around books: “Novel Irish in the twenty-first century. Sketches" and "History, Memory, Trauma in contemporary British and English Fiction".

The discussion will be attended by:

His Excellency Gerard Keown - Ambassador of Ireland in Poland and Ph.D. Beata Piątek. The meeting will be held by Ph.D. Izabela Curyłło-Klag.

The meeting will be held in English.

Irish novel in the twenty-first century is an invitation to familiarize with  the richness and diversity of Irish prose of the beginning of the XXI century. The authors of collected in a book articles analyse eleven novels by well-known and respected in Poland novelists (John Banville, John McGahern, Edna O'Brien, Colm Tóibín), as well as rarely translated artists (Anne Enright, Emma Donoghue), and those who so far at all made their mark on the Polish market (Eimear McBride, Alan Monaghan). Geography and autobiography, globality and locality, violence and grief, memory and history are the most important topics covered in the novels presented here. The authors of the articles show different approach to this problem, at the same time making a formal analysis of these works and offering an overview of critical essays about them.

History, memory and trauma as well as their complex interrelations have been lying at the centre of interdisciplinary academic debates since the end of the previous century. These are also themes with which contemporary writers and other artists are increasingly preoccupied in their work. History, Memory, Trauma in Contemporary British and Irish Fiction is an attempt at analysing the relationship between history, memory and trauma in the selected novels of Pat Barker, Sebastian Barry, Kazuo Ishiguro and John Banville. The author examines the notion of memory in a variety of contexts: collective memory in the historical novels of Barker and Barry, individual memory as a foundation of the sense of self in the novels of Banville and Ishiguro, and traumatic memory in the novels of Barry and Ishiguro. By applying the theoretical framework of trauma studies to the work of those renowned writers, “History, Memory, Trauma…” offers new interpretations of their novels. The author demonstrates that contemporary fiction moves beyond mere representation of trauma and engages the reader in the role of co-witness who enables the process of working through trauma.