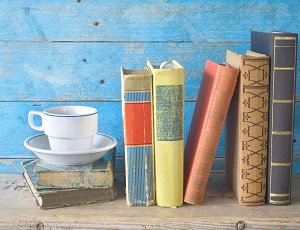 The exhibition named "Ex libris - the emblem of the owner" is a small overture to the further presentation cycle "Around the book", organized by the Board of the Association of Polish Visual Artists - District of Kraków in cooperation with the Jagiellonian Library in Kraków.

Ex libris in Poland over the past five centuries had been taking on many forms: armorial sign, gmerk, ex libris, a stamp. Apart from the family sign and the text defining the owner, it could contain a portrait, view, attributes of power, distinguishing characteristics of the owner or ornamental designs. And most important, next to the dignity of the owner, the inscription: Ex libris, Ex Bibliotheca, Ex dono. Exlibris as a sign of ownership had to protect the book from losing.

Currently bookplate/ex libris is fully regarded as graphic art. Graphics were very fond of this form of expression. In addition to all sorts of technical skills, performance of bookplates gives you the opportunity to tell something about its owner, his history, work, education and interests, as well as about the features of personality and character.

It often takes a very extensive form that can exist independently, without a book, just as a small graphic form. Artists, specialized in the field of graphics, give to each successive model of their work opus number (like musicians with musical compositions), and the publishing process is often limited to only a few prints. In special cases, depending on the need, or rather the order,  is printed up to several hundred copies.

Owing to its value, often bookplate is not pasted to the book, there is also not performed on only a request of Bibliophile. Because of its artistic values is an object of desire  to collectors. Thanks to collectors - bookplates art gains new meanings and lasts, is like to get a new life. Ex libris become part of the culture and the symbol of a peaceful life - as stated Thomas Sum, a collector.